bitcoin hit an all-time high after tesla inc. said it has invested US$1.5 billion, the largest backing of the controversial cryptocurrency by a mainstream company.

The digital asset jumped as much as 16 percent after Tesla made the disclosure in a regulatory filing, with prices breaking above US$44,000 for the first time. Tesla also said it would start accepting the digital token as a form of payment for its electric cars. other currencies also increased. Ether gained as much as 11 percent to a record and litecoin rose a similar amount on Monday in New York, according to data compiled by Bloomberg.

The fact that tesla, one of the most influential companies in the world, and billionaire elon musk have bet on bitcoin can be seen as a key support for the cryptocurrency, which has been criticized by lawmakers for facilitating money laundering and fraud .

“That the world’s richest man allocated $1.5bn of his company’s treasury to bitcoin says a lot about the extent to which cryptocurrencies are gaining institutional adoption,” said antoni trenchev, managing partner and co-founder of nexus in london . “Tesla has now paved the way.”

trenchev said he expects at least 10% of companies in the s&p 500 index to invest in bitcoin by the end of 2022. tesla is the only member of the stock benchmark to have disclosed any purchases of the digital currency Until now.

Tesla ended 2020 with more than US$19 billion in cash after raising US$12 billion in stock sales, capitalizing on a 678% rise in its share price last year. Some of the demand for those shares came from passive investors who were forced to buy after Tesla was added to the S&P 500 in December. Some US$11 trillion in investment assets are pegged to or compared to the S&P 500.

musk has been coy about his endorsement of the cryptocurrency, adding then removing #bitcoin from his twitter page and apparently making public endorsements for another digital token, dogecoin, which also hit a record high on Monday.

musk is “putting tesla’s money where his mouth is,” said craig erlam, senior market analyst at oanda europe in a phone interview. “That obviously has a much bigger long-term impact,” he said of Tesla’s purchase of Bitcoin over Musk’s cryptic social media ads for digital assets. “A company that invests that level of money, in particular, adds a lot to validating it as an investable asset,” Erlam said.

The move follows a similar investment by microstrategy inc. executive director michael saylor. his company issued US$650 million in convertible bonds, even though the prospectus explicitly stated that the cash would be used to buy bitcoins. Saylor has become a bitcoin evangelist, recently holding a webinar on how corporate treasurers should move some cash into the digital currency. microstrategy has spent around $3 billion on the token.

Other companies have made similar investments in bitcoin. In October, Square Inc., headed by longtime crypto advocate Jack Dorsey, announced that it converted about $50 million of its total assets as of Q2 2020 into the token. crypto-miners, such as argo blockchain plc. and Marathon Patent Group Inc., also reported purchasing the token. proselytizers like bill miller or miller value partners have said this was just the beginning of what is sure to be a trend on high street.

Bitcoin’s journey to a record high has been marked by big swings that continue to cast uncertainty over its outlook. some see speculators at work and the inevitable bursting of a bubble. others cite high-profile sponsors and long-term investor interest as evidence of a more lasting rally.

While tesla announced plans to accept bitcoin for purchases, hardly anyone uses cryptocurrency for anything other than speculation. Data from New York-based blockchain researcher Chainalysis Inc. showed that only 1.3 percent of economic transactions came from merchants in the first four months of 2019.

predictions for bitcoin’s possible long-term price range from $400,000 and up to zero. the token is designed to have a fixed supply of 21 million coins, backed by a digital ledger distributed over computer networks. erlam said in a note on Monday that bitcoin may soon be eyeing $50,000 on the back of tesla news. 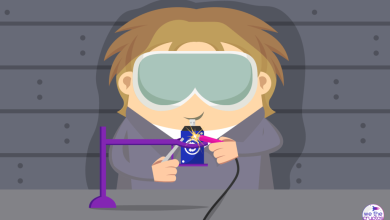 How to Make Your Own Bitcoin USB Miner? | We The Cryptos Bitcoin Mining: What Is It And How Does It Work? | Bankrate 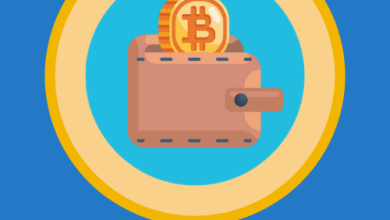 3 Steps to Add Funds to a Bitcoin Wallet