el salvador this month became the first country to adopt a cryptocurrency, in this case, bitcoin, as legal tender. I say the first, because others may follow. but they should think twice, because the idea is highly dubious and is likely to be economically dangerous for developing countries in particular.

I admit I don’t understand the need for cryptocurrencies at all. like many economists, I don’t see what problem they solve. they are not well designed to fulfill any of the classical functions of money (unit of account, store of value, or means of payment) because their prices are extraordinarily volatile. This volatility is not surprising, because cryptocurrencies are not backed by reserves or the reputation of a well-established institution, such as a government or even a private bank or other trusted corporation.

Indeed, bitcoin and its fellow cryptocurrencies were born out of an anarcho-libertarian mistrust of central banks. True, many central banks, especially in developing countries, have a history of devaluing their currencies. but adopting bitcoin as legal tender makes little sense for el salvador.

in 2001, el salvador adopted the us dollar as legal tender to guarantee the monetary stability that historically the country’s national currency, the colón, had not achieved. The reform worked: the country’s annual inflation rate, which had substantially exceeded 10% between 1977 and 1995, has fallen markedly since the adoption of the dollar. it has been below 2% since 2012 and close to zero since 2015, a rarity in latin america.

Giving up the monetary independence granted by issuing one’s own currency entails costs, in particular, the loss of the ability to adjust monetary policy in response to local economic conditions. El Salvador already accepted it when he adopted the dollar. the costs would be even higher if a currency as unstable as bitcoin were the only national currency. But President Nayib Bukele decided instead to designate both bitcoin and the dollar as legal tender. the logic behind that decision is surreal.

Bitcoin has not been well received in El Salvador. domestic residents do not want to be forced to accept it. international markets are also not enthusiastic. moody’s downgraded el salvador’s debt rating in july and s&p could do the same. The spread between the interest rate the government must pay on its debt and the rate on the US Treasury has risen sharply since the bitcoinization plan was first announced in June.

There is a function that cryptocurrencies seem to fulfill: to facilitate illegal transactions. It goes without saying that this is not a use that should be encouraged. Even worse in terms of general welfare, the “mining” of cryptocurrencies like bitcoin, which relies on blockchain technology to verify transactions, requires staggeringly large amounts of energy and therefore harms the environment.

Moreover, even if one accepts a role for one or two cryptocurrencies, the number that has been created is disconcertingly large: between 6,000 and 11,000 (or up to 70,000 digital tokens). The whole notion of the utility of money is that people choose to use the same currency as everyone else, thus minimizing transaction costs. they cannot assess or track the creditworthiness of dozens of issuers. money is a kind of natural monopoly, which is why governments long ago assumed responsibility for its provision.

In the mid-19th century, for example, private banks and other institutions issued some 8,000 competing private currencies. as the governor of the united states federal reserve, lael brainard, has pointed out, that period “is now notorious for inefficiency, fraud and instability in the payment system”. this is essentially why central banks were created.

The logic that works against a large number of currencies domestically also applies internationally. this is one of the reasons why the dollar remains by far the world’s leading currency. the world doesn’t have room for 11 international currencies, let alone 11,000.

If the us chronic fiscal and current account deficits. uu. would have resulted in a strong long-term downward trend in the value of the dollar, one could imagine people turning away from the dollar and looking for alternatives. but this has not happened, and particularly not during the period in which cryptocurrencies have risen. and US inflation was remarkably low during this time (although it has recently risen along with the economic recovery).

some, including bukele, claim that cryptocurrencies will boost financial inclusion by giving the unbanked access to financial services and by reducing transaction costs for small cross-border payments, such as migrant remittances . The latter are particularly important for El Salvador, having averaged around 20% of GDP annually over the past two decades.

but bitcoin is unlikely to be the solution. other means of reducing those transaction costs seem more promising. and holding or trading such an unstable asset is a particularly bad idea for low-income earners, who cannot afford to sustain price swings of up to 30% in a single day. bitcoin has quadrupled in price over the last year, which is part of the attraction. but what goes up also comes down.

Another downside is that even digital experts are at risk of forgetting passwords and losing their bitcoins. And at least half of the population of El Salvador doesn’t have access to the internet in the first place.

many aspects of cryptocurrencies are puzzling, not the least of which is the success of a hoax like dogecoin. But the adoption of bitcoin as legal tender in El Salvador is perhaps the strangest and potentially most worrying example of all.

Jeffrey Frankel is a professor at the John F Kennedy School of Government at Harvard University. He served as a member of President Bill Clinton’s Council of Economic Advisers.

See also: 220M in Bitcoin May Be Encrypted Forever on IronKey – CipherTrace

We just learned a lot about Teslas Bitcoin bet 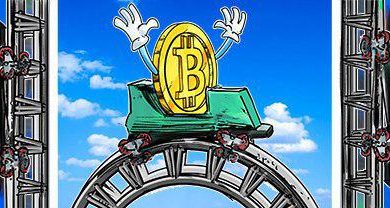 A Dazzling History of Bitcoins Ups and Downs 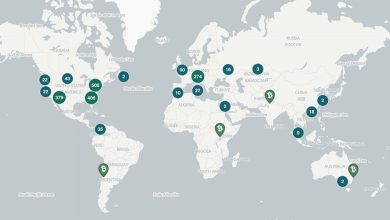