Cryptocurrencies have inherited a decentralized structure, designed to encourage fair distribution of resources. however, as cryptocurrencies have grown in popularity and the potential rewards have gotten bigger, mining farms are slowly coming to dominate the industry. thus, farms with massive hash power have threatened the foundations of crypto decentralization. for example, the sudden drop in the hash rate of the bitcoin network due to the power outage in one of the Chinese mining centers caused a violent collapse of bitcoin.

this, in turn, has led to the creation of asic resistant coins. Technically ASIC-resistant cryptocurrency can mine coins, but it is not financially feasible because the algorithm used by the protocol does not provide fair profits over GPU mining. asic resistant cryptocurrencies also translate to fairer distributed mining capacity for participants with only regular pc. ultimately results in a fair distribution of mining resources, keeping the network decentralized.

what are asic resistant coins?

Application Specific Integrated Circuits, or ASICS, have specific applications in fields such as medicine, satellites, research, and more. In the world of cryptocurrencies, ASIC resistant is a term used for crypto currencies that are less susceptible to mining by ASIC miners. such coins have unique mining algorithms and protocols that make miners less incentivized to create asics to mine the specific coin, hence the term asics resistant.

ethereum is a classic example of a cryptocurrency built to deter asic mining. even if someone tries to use an asic to mine the coin, it is usually very inefficient in terms of time and cost.

Before I explain why asic resistant coins are the future of the decentralized crypto sphere, let’s take a look at asic: the tool that poses a danger to decentralization.

what is an asic?

Asics miners are machines designed to rapidly mine cryptocurrencies. Asic miners use Asics to mine cryptos in bulk which gives them an advantage over others who use cpus and gpus. asic’s immense computing power is potentially revealed in the field of crypto mining.

specialized software is developed by companies for crypto mining. using such products it is possible to mine cryptocurrencies, including bitcoin, because it is not resistant to asic.

However, there is a downside to asic miners. First of all, these tools are very expensive, especially for the average miner. Second, the return on investment (ROI) is extremely volatile because changes in crypto algorithms can make older ASIC designs unprofitable. In the end, many argue that the only beneficiaries of asic machines are the Chinese companies that profit from the manufacture and distribution of such tools.

an asic resistant coin has a protocol and algorithm set up to make it difficult for an asic to take full advantage of mining capabilities.

In a way, an asic machine derives its power from multiple parallel threads and pipelines on a chip, which requires a lot of physical space on the chip itself. if the algorithm does not offer the space, the asic will not be able to speed up the process, which will result in a loss of efficiency. In certain cases, the result of mining an asic resistant coin using asic is actually worse than mining it using a cpu.

Regardless of the type of algorithm, it is important to note that asic machines can be invented to mine any type of coin. Similarly, it is also possible to prevent asic machines from mining by making appropriate changes to the algorithm. in any case, if there are no asic miners for a particular coin, or if these machines are not effective, the coin is said to be asic resistant.

How does Asian resistance lead to decentralization?

See also: What Is Ethereum and What Are Its Use Cases? | OriginStamp

The development of asic resistant coins is high on the agenda of cryptocurrency developers. this is the only way to keep cryptocurrencies decentralized. To understand the concept, let’s first take a look at why asics pose a danger to decentralization.

Since the application of asics to crypto mining, there has been a growing debate about the centralization of cryptocurrencies. as mentioned asics are proprietary circuits that only do one thing, and in the case of cryptocurrencies, that sole purpose is to mine cryptos, giving asic miners enough computing power to beat the gpus and cpus used by others.

The result is monopolization of crypto mining, because only a few entities contribute significant hashing power to the entire network. These large mining farms not only create a monopoly, but they take the underlying crypto network hostage, because the network relies on a few large mining farms to maintain the hash rate that keeps the network secure.

In an adverse scenario, large mining farms using asics will contribute to the high hash rate percentage for a particular network. If three or more large companies form a partnership, it is possible to take control of the entire network, as these companies can generate enough hash rates to outperform any other non-ASIC miner. the scenario could lead to a phenomenon known as the “51% attack”, whereby a few entities can centralize the blockchain.

In recent years, various cryptocurrencies have faced 51% of attacks. examples include bitcoin sv, verge, and ethereum classic. it’s a big problem because few groups can (theoretically) control the entire blockchain by rewriting parts of it or reversing transactions.

Clearly, we need to promote acid resistant mining. The main reason for introducing asic resistor technology is to give everyone the opportunity to mine crypto and contribute to the hash rate. By allowing ordinary people with ordinary machines to share in rewards, ASIC-resistant mining ensures that the cryptosphere remains decentralized and does not end up controlled by a powerful few. In essence, everyone can enjoy cryptocurrency mining without spending millions on asics.

Now that you have an idea of ​​why asic resistant coins make sense, here is an overview of some of the most popular asic resistant coins. Anyone new to coin mining can start mining these coins, because the level playing field is dominated by multi-billion dollar crypto mining asic companies.

There are many popular coins that allow miners to earn huge rewards using only traditional mining methods. here is a brief overview (trading symbol for each currency in parentheses):

ethereum (eth or ether): the eth coin uses the keccak256 hash algorithm, which is designed to resist hashes from asic machines. The ethash algorithm is conducive to cpu and gpu miners as it only produces hashes for mining purposes. while a lone miner can also mine, miners often prefer to join a pool for regular block rewards.

monero (xmr) – This is another popular blockchain network among miners. the unique cryptonight protocol uses a randomx hash function to create new coins. Due to the relative ease of mining, the blockchain does not require any special machines. Although asics are used for xmr mining, they are not as efficient, which means that gpu mining is still the most productive method of mining monero.

safex cash (sfx): Its mining algorithm, randomsfx, was developed based on the monero algorithm, randomx (see above). A similar design features a dynamic difficulty setting, which prefers CPU mining. miners love to mine sfx because there are so many ways to do it in the safex pool. you can use a command line interface on ubuntu or use mining software. furthermore, safexcore software is perfectly suited for independent miners.

ravencoin (rvn): Recent changes to its algorithm mean that miners can use the power and computing capabilities of gpus to mine coins. the new kawpow mining algorithm is easy to use and provides more opportunities for anyone interested in mining rvn.

haven protocol (xhv): This coin uses the proof-of-work mining algorithm, randomx (see above). xhv is designed to be resistant to asic mining equipment, and anyone with a good computer can mine it. It’s also one of the most profitable coins to mine, often two to three times more profitable than similar coins, as long as you can save on the electricity bill.

ethereum classic (etc): etc is a hard fork of the traditional ethereum network. updates to the keccak256 algorithm in thanos mean that the coin has become resistant to asic machines, and can even use 3gb gpus for mining purposes.

horizen (zen): This coin uses the asic resistant equihash algorithm and is one of the easiest coins to mine. Since its launch in 2017, the horizon development team has made several changes to make it more accessible for miners operating from home. perhaps this is one of the reasons why it is also considered the best among the various equihash coins in terms of mining rewards.

vertcoin (vtc): vtc is a very easy to use mining coin. Its developers made sure that lyra2re’s proof-of-work algorithm is only intended for home miners using cpus and gpus. vtc is asic resistant and popular with beginners as they can use the one click miner to mine coins or join a pool for regular block rewards. It’s worth noting that the developers have plans to fork the network if an asic miner is developed to mine vtc.

aeon: This coin is sometimes said to be a lighter version of monero. the idea behind its creation is to offer a mobile-friendly alternative that is easier to extract and store as it uses fewer resources. The result is an algorithm based on the cryptonote protocol, which is very friendly to crypto miners using light computing machines.

Of course, the above list is not exhaustive. there are many additional asic resistant coins out there, but this should give you an idea of ​​where to start.

From a miner’s perspective, asic resistant coins give them a fair chance to use home computers to mine cryptocurrencies without spending thousands of dollars on asic hardware.

From a developer perspective, asic resistant technology is the only solution to keep the cryptosphere decentralized. without asic machines, cryptocurrencies will continue to serve their original purpose, which is to create a transparent financial environment without monopolies.

From an environmental and technological perspective, asic miners consume millions of kWh of electricity per day and force developers to make unwanted changes to the blockchain. however it is debatable as without asic resistor asic mining is more efficient compared to cpus and gpus where hash rate per kwh is lower.

despite the growing debate about the use of asics, the asics industry continues to grow. today, there are three or four great players who rely solely on the manufacture of asics. while coin developers continue to make changes that prevent the use of such machines, asic companies catch up in this endless game of cat and mouse.

As long as there is an incentive for miners to earn rewards, people and companies will continue to develop technology that can give them an edge over others. Some experts even believe that there is nothing wrong with using asics to mine cryptocurrencies as it simply represents a trend in the ever-evolving cryptocurrency sphere.

Despite the debate about the impact of asics, almost everyone agrees that asics are a threat to both the equal distribution of hash rate and the decentralization of cryptocurrencies. if asics stay in the picture, domestic and gpu miners will be out of the game. without any incentive for the common miner, the purpose of decentralization is lost forever.

See also: Zcash vs Ethereum: How Do They Compare? Best Investment? (2022)

Ethereum for Beginners: What Is It and How Do You Invest? 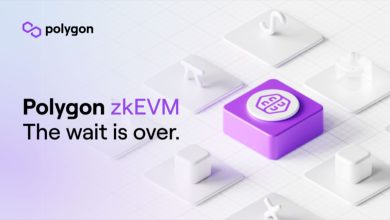 Polygon Network&039s (MATIC) zkEVM: Everything You Should Know in New Blockchain Guide

How to Use the Avalanche Wallet? | Binance Academy