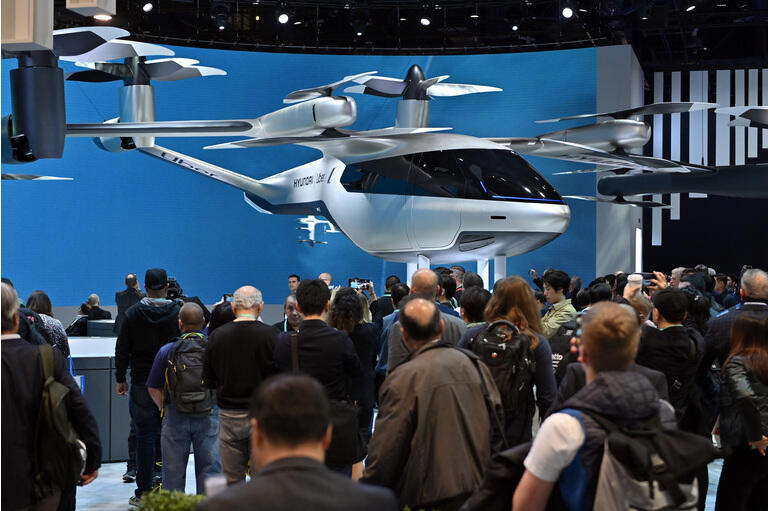 Joby Aviation (NYSE:JOBY) is developing a specialized all-electric vertical take-off and landing “eVTOL” aircraft to operate as part of a planned global air taxi service. The company just became publicly traded following a SPAC merger this month led by an ambitious go-to-market roadmap. Joby benefits from partnerships with major corporations to support manufacturing and technology while already making progress towards securing commercial aviation certifications. This is an exciting segment with the potential to reinvent transportation and commuting capturing a significant untapped market potential. While there’s a lot to like about Joby Aviation as a long-term opportunity, the concern here comes down to several uncertainties including the commercialization timetable and financial targets. We believe JOBY has a positive long-term outlook but expect shares to remain volatile and high-risk during this pre-operating stage. 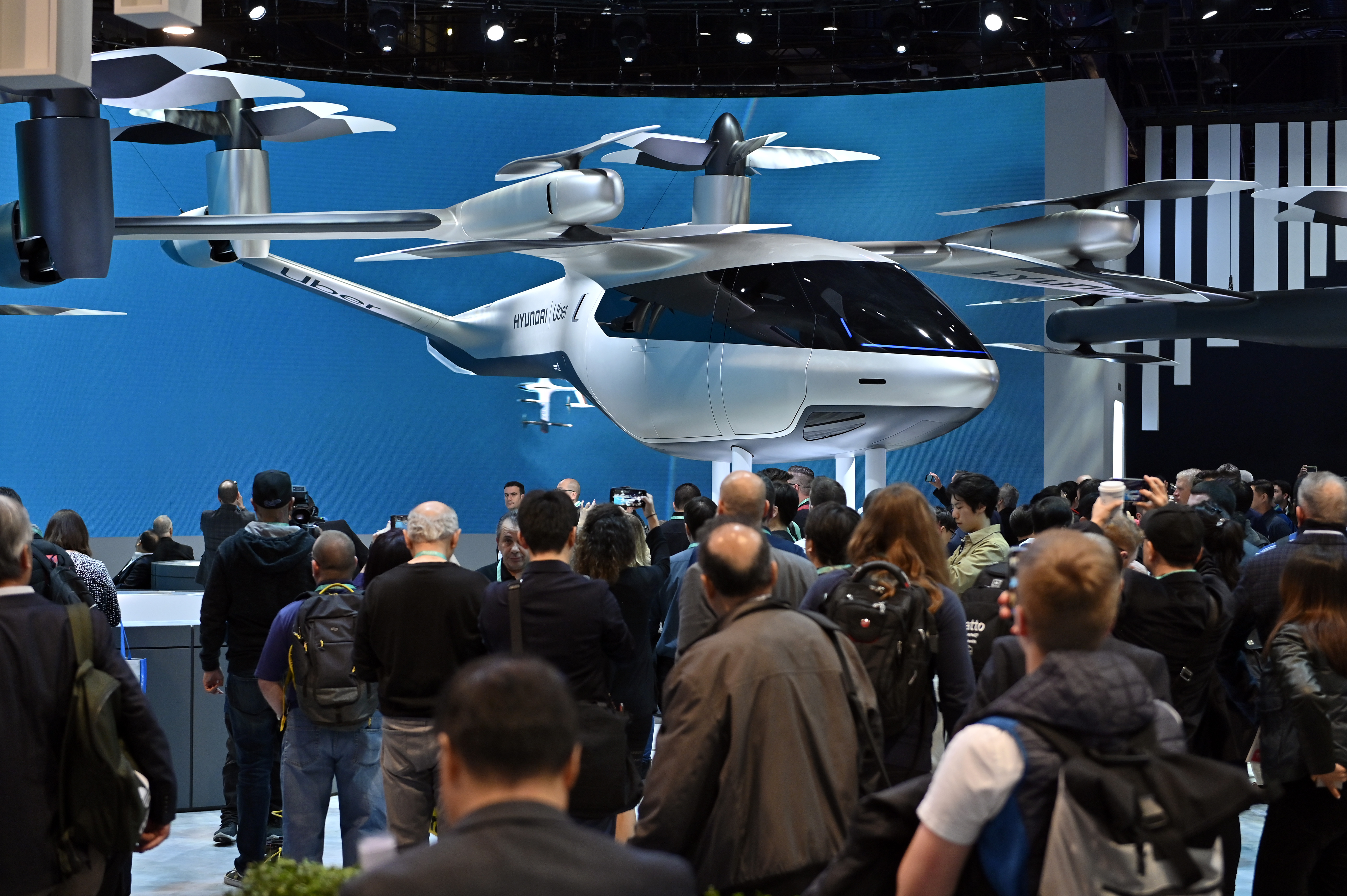 what is the joby business model?

joby aviation completed its spac merger with “reinvent technology partners” on August 11 in a deal that values ​​the company at an enterprise value of $4.5 billion, including $1.6 billion in cash on its balance sheet to finance construction through of initial operations destined for 2024.

The idea is a cost efficient and scalable shared air service based on the company’s patented zero emission evtol aircraft. the vehicle is being developed with a flight time range of +150 min capable of reaching 200 miles per hour with 4 passengers plus a pilot. Joby claims the evtol option is 5 times faster than driving in major metropolitan areas with an estimated “4x cost per mile” improvement compared to traditional helicopters. the technology here has been in development for 10 years with several patents and a key distinction that the aircraft operates relatively quietly in flight and “100 times quieter than a helicopter on takeoff.”

Joby believes it can solve several global challenges including roadway congestion while saving passengers time with a vision to eventually offer flights at a comparable price as ground transportation. At scale, passengers will be able to select a destination on a mobile app initiating a process for ground rideshare transportation to the nearest skyport. The Joby aircraft would then travel to the destination skyport with another rideshare car waiting for the final trip leg.

the key point here is that the business is “real” with the evtol aircraft already doing more than 1000 test flights through a us contract. uu. air force under its “agility prime” program as a step toward commercial certification. The Air Force may use the vehicle in operations at the base next year for field tests. One of the important aspects of the business is the intense regulatory context of commercial passenger transport. At that point, Joby has a former FAA co-chair as internal head of government affairs. The company plans to conduct an FAA certification flight test by 2022 before a commercial launch target of 2024.

we mention key associations and that includes toyota motor corp. ™, which is also an investor in joby, tasked with accelerating the company’s manufacturing capabilities. joby is in the process of designing a full-scale facility with advanced equipment following automotive-type scale-up and production efficiencies. the cost per vehicle is expected to decrease over time. 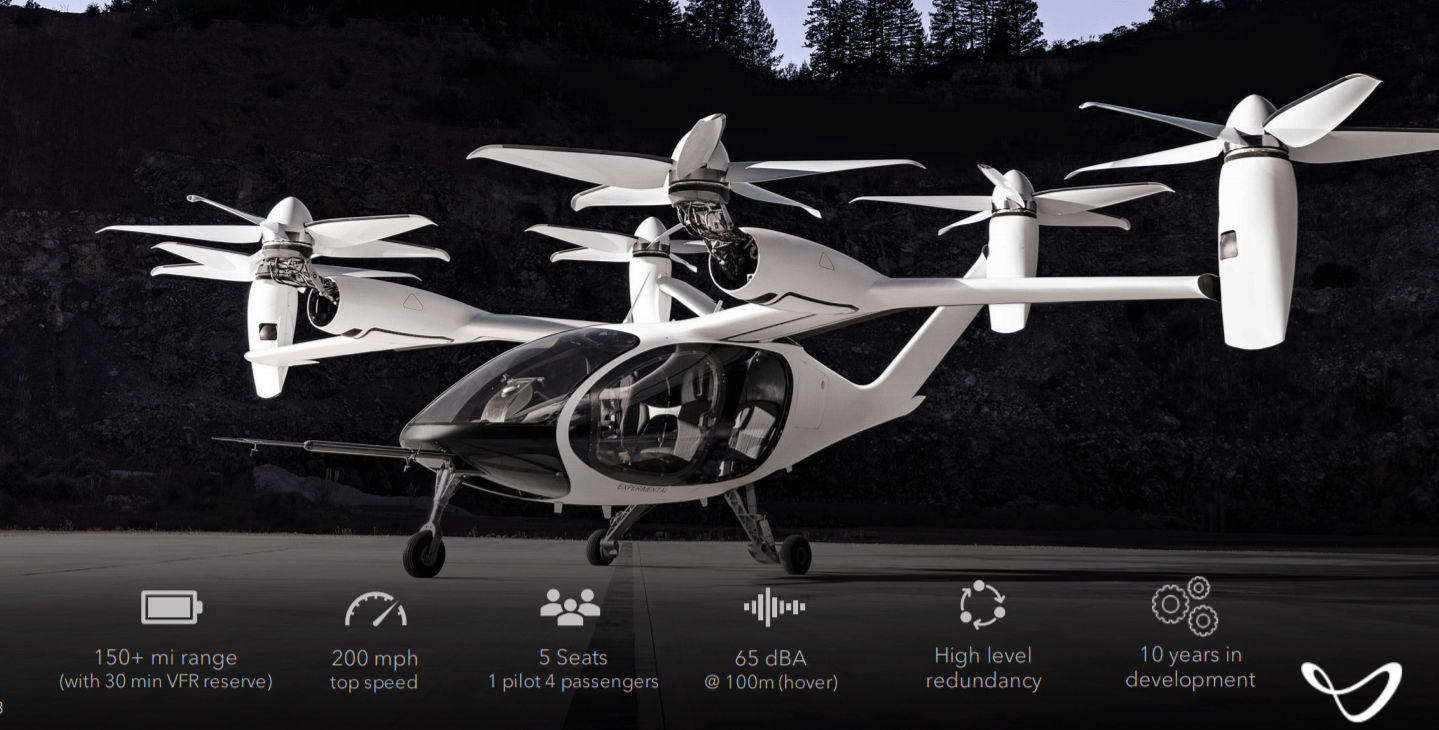 It is worth mentioning that Joby acquired “Uber Elevate”, a subsidiary of Uber (Uber) which previously targeted the same air ride sharing market. uber continues to invest in joby and plans to leverage its ground transportation rideshare ecosystem to support marketing and demand for the joby service launch. 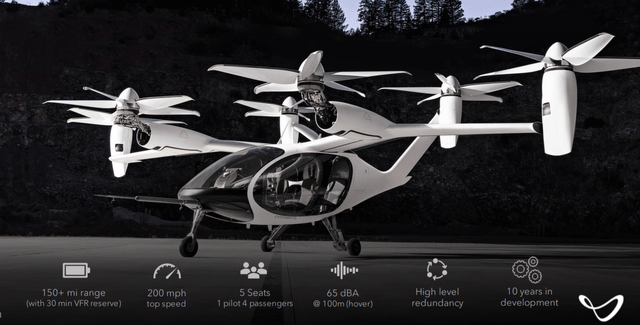 One of Joby Aviation’s strengths is its experienced management team that includes former executives from high-profile corporations such as Tesla Inc (TSLA), JetBlue Airways Corp. (jblu), ford motor company (f) and uber. this alignment gives the company some immediate credibility about the strategy and the potential for execution.

Anyone who has ever been stuck in traffic can see the appeal of an urban air mobility option with many people likely willing to pay a premium for convenience. approaching the year 2022, the reality is that technology has advanced to the point where this solution is viable. Based on this measure, we believe demand supports a positive long-term growth outlook.

With a timeline to begin commercial flights in 2024 with a target of the Los Angeles metropolitan area as the initial launch market, the company has issued a forecast to reach $2.05 billion in revenue by 2026, with 963 aircraft generating sales in average that year across 3 cities compared to the enterprise value deal valuation of $4.5bn, joby is priced at about 2.2 times projected revenue of $2.05bn by 2026, 5 years from now.

From an investor presentation published earlier this year, management notes that the 2026 EV-to-revenue multiple is consistent with comparable high-growth emerging technology players as well as disruptive transportation peers. For context, Uber and Lyft Inc (Lyft) are currently trading around 2 times their consensus 2025 revenue estimate based on updated business values. The comparison becomes even more compelling considering potential EBITDA. joby believes it can generate $824 million in adjusted ebitda in 2026, implying a current to forecast ebitda ratio of 5.6x, a discount to uber of 15x, and a 10x approach based on 2025 consensus ebitda To be clear, these companies are not directly comparable with key differences in strategy, but it does help draw a baseline for valuation.

if we had full confidence in the company’s revenue and ebitda forecast, it could be argued that joby’s stock is attractively priced with upside potential. That said, it’s clear that 2026 is a long way off and a lot can happen between now and then. investors should view joby aviation as a long-term opportunity.

Is joby a good long-term investment?

The good news is that the unit-level economics for defective vehicles seem reasonable. Based on an average fully loaded manufacturing cost of $1.3 million per aircraft by 2026, the company believes each vehicle can generate $2.2 million in revenue with a contribution margin of $1 million per year. In other words, each evtol can be amortized over 1.3 years as a “payback period” based on a benchmark of operating metrics between passenger load factor, average flight path, and cruise speed.

with some more conservative estimates, the payback period extends to 2.2 years, which is still good. In other words, assuming each plane can do 40 flights per day, charging $3 per seat per mile with 2.3 paying passengers on average per flight; evtol is profitable.

The challenge we see just by looking at the estimates for 2026 comes down to the aggregate demand outlook and volume across all 963 aircraft forecast to be in operation. Clearly, there are high-traffic routes where air taxis may work best in conjunction with a group of early adopters who will be willing to pay an up-front premium. on the other hand, we are skeptical that all 963 aircraft will maintain the same load factor needed to reach $2 billion in revenue that year to justify the current valuation.

We are thinking about the logistical problems related to the taxi service based on the skyport node model that represents an additional leg and a stop for any trip. in some cases, passengers may need to travel in the opposite direction to reach an air port, adding unnecessary time. In other words, spending an extra 20-30 minutes in a car may simply be more convenient than going through all the steps of taking an air taxi beyond the initial novelty. our point here is that air ride sharing may not be practical enough to drive mass adoption. 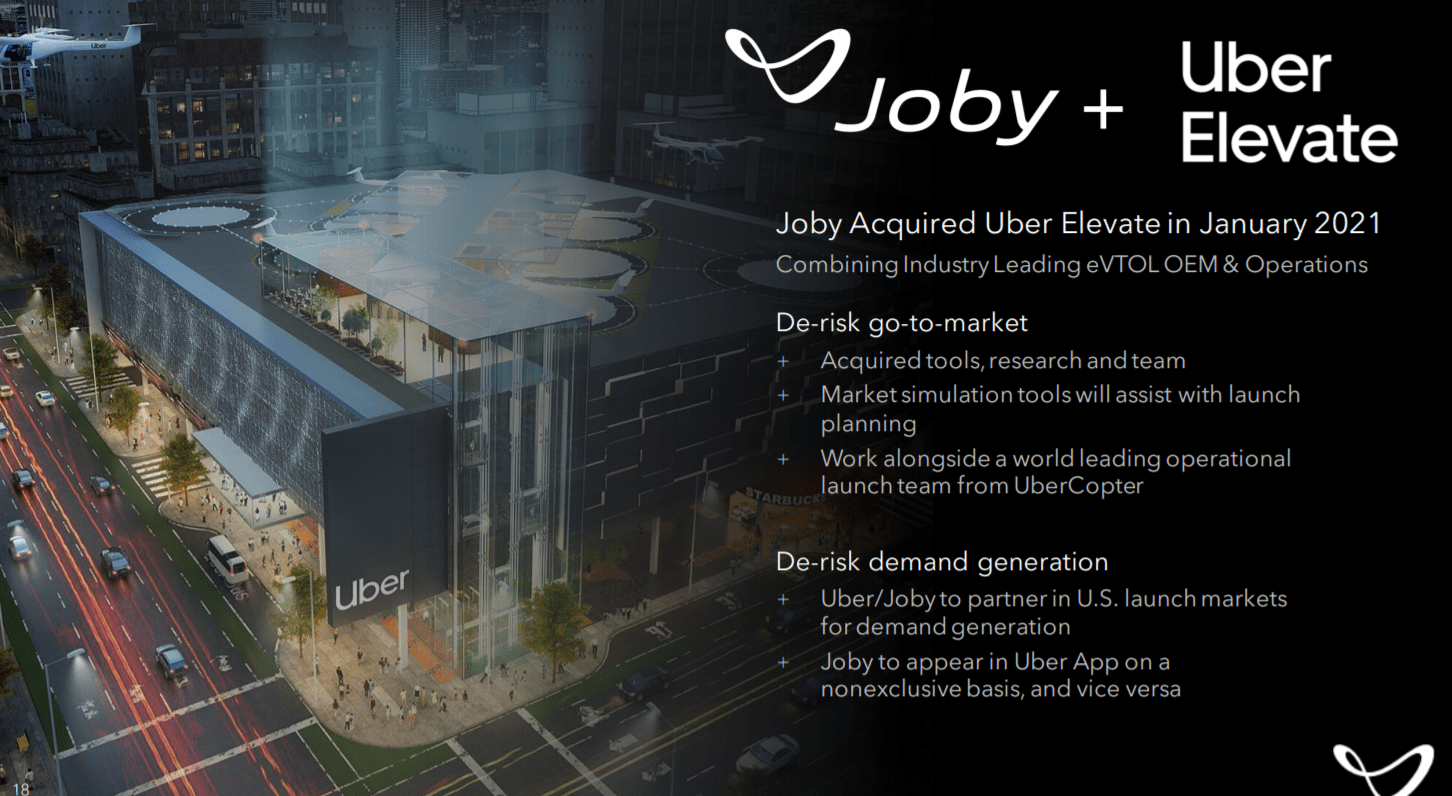 another hurdle we encountered at joby is the issue of early morning and late afternoon “rush hour” dynamics, where people really need to travel, compared to the dead hours of the night when highways they are not congested. The business will have to deal with inclement weather while coping with periods of lower demand, such as weekends and holidays. To be fair, Joby actually assumes an average of 12 hours of operation per weekday and 8 on weekends, however, we believe that 40 trips per vehicle per day begins to approach a time constraint. In other words, we think the business may work, but the useful addressable market based on real-world demand may be less than some current optimistic expectations to support the current valuation.

Longer term, joby sees the potential to generate $20 billion in revenue a year with 14,000 vehicles in operation in 20 cities around the world. The forecast implies about $1.4 million per event per year or $3,914 in revenue per day. this is actually below the implied revenue of $5,832 per day in 2026, possibly considering variable load factors or different prices. From what we’ve seen, we think the forecasts are aggressive but within the realm of possibility. 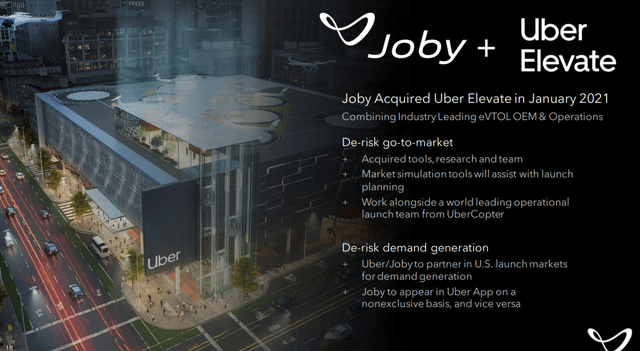 There’s a lot to like about joby aviation, which has positioned itself as the leader in this next-generation mode of travel, backed by a credible management team and a compelling go-to-market strategy. The optimistic case for joby is that it not only replaces the traditional helicopter ride services used by executives and high net worth individuals, but also captures demand for regular carpools.

Balancing our positive view of the company with what remains uncertainty regarding the commercial launch schedule and financial goals, we rate the stock as held with a price target for the coming year of $10.00. we like the stock, but don’t expect it to “take off” until there is some confirmation on the trade launch schedule. There are simply too many open questions to see the stock rise significantly from here.

Given the stock is already trading below IPO price, our view is that there are enough upsides likely to keep a supportive offering to limit downside from here. tactically, we would look to buy shares on any correction below $7.50, which would represent an enterprise value of around $3bn as a more attractive entry point for a long-term holding. Milestones over the next year, including the FAA certification flight and progress at manufacturing facilities, may be enough to support renewed bullish momentum going forward.

Until the company comes to trading with hard financial data, the expectation here is that volatility will continue with share price highly sensitive to market sentiment and estimates. In the coming quarters, we would like to track cash flow levels and get more updates on the progress of the manufacturing strategy. the main risk to watch out for is any setback in certifications or launch schedule, which would force a re-evaluation of long-term earnings prospects.

See also: Is Mastercard Stock a Buy in August 2022? • Benzinga

Will Lucid Group Be a Trillion-Dollar Stock by 2030? | The Motley Fool

3 Cheap Fintech Stocks to Buy Before They Rebound | InvestorPlace 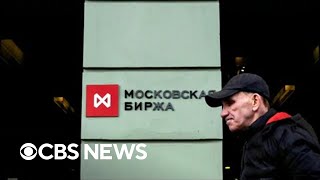 These Two Reopening Stocks Are Set to Boom This Summer: Should You Buy Shares? | The Motley Fool