Objectives: The new direct-acting antivirals (DAA), introduced at the end of 2013, are effective in treating chronic hepatitis C virus (HCV) infection, but they may represent a substantial financial burden on patients and health insurers. We examine the use and costs of HCV medications in a commercially insured population.

Reading: What is hcv treatment medicine pricing disclosure outside insurance

Conclusions: The proportion of a commercially insured population with HCV infection who was treated with HCV medications doubled within 2 years after the availability of new DAAs. Member expenses were kept low, while the health plan covered 99% of the cost of HCV medications. During our 2-year follow-up, we observed no financial benefits to the health plan of curing HCV infection from new DAAs.

The advent of direct-acting antivirals (DAAs) ushered in a new era of treatment for patients with chronic hepatitis C virus (HCV) infection. Millions in the United States have chronic HCV infection.4,5 If left untreated, chronic HCV infection can lead to cirrhosis, liver failure, and hepatocellular carcinoma6,7; it is the leading cause of liver transplantation and death from liver disease.2,8

sofosbuvir (sovaldi), approved by the fda in late 2013, was the first daa indicated for hcv treatment as part of an interferon-free regimen. In clinical trials, 12 weeks of treatment with sofosbuvir-based regimens achieved a sustained virologic response rate (“cure” or undetectable HCV RNA 12-24 weeks after therapy) of approximately 90% in patients with HCV . These regimens show much better tolerability and safety compared to poorly tolerated interferon-based therapy regimens that resulted in a virologic response in only 20% to 30% of patients.9-11 Recurrent viremia (RNA from the detectable hcv at week 24 sustained virologic response) is extremely rare with sofosbuvir and ledipasvir/sofosbuvir (harvoni) (12/3004 [0.4%] patients in 11 phase 3 trials12). furthermore, adherence rates for DAAS are substantially higher than for interferon-based therapy (99.8% vs. 36%-60%). $100,000 per quality-adjusted life year.15,16 Since 2013, an additional 8 daas have been approved for hcv17 (eappendix figure 1 [eappendix available at ajmc.com]) .

the availability of daas helped drive discourse around increasing spending on pharmaceuticals, fueled by spending on specialty drugs like daas.18,19 the published wholesale acquisition cost of sofosbuvir was $1000 per day in 2014 (or 12-week course), with additional costs for required concomitant treatments. a single tablet of ledipasvir/sofosbuvir was available at a published price of $1,125 ($63,000, $94,500, and $189,000 for an 8-, 12-, and 24-week course, respectively).20 although the high prices of specialty drugs are widely acknowledged , there were enormous concerns that the demand for expensive DAAs for the treatment of a prevalent condition could “break” the health system budget.21,22 Concerns about the budgetary impact and the need to contain the growth in pharmaceutical spending led to payers to restrict initial access to DAAS to patients with higher liver fibrosis scores. However, even restricted subsidized access to DAAS could translate into substantial pharmaceutical expense for health care payers and/or out-of-pocket (OOP) expenses for patients. In a commercially insured population with HCV infection, we examined HCV drug utilization and health plan members’ spending on them, both before and after the first availability of DAAS.

harvard pilgrim health care (hphc) is a commercial health plan serving approximately 1.25 million members23 in connecticut, maine, massachusetts and new hampshire; Of these, about 700,000 members are fully insured with HPC-accessible pharmacy data. Through prior authorization policies, HPHC, like many other health plans, initially restricted access to new DAAS to members with more advanced illnesses. criteria for approval in 2014 and 2015 included age of at least 18 years; a diagnosis of genotype 1/1b, 2, 3, 4, 5, or 6; staging of liver disease in the last 3 years; evidence of hepatic fibrosis stage 2 or greater; be under the care of a gastroenterologist, infectious disease specialist, or hepatologist; and provider certification that the patient was not currently engaging in illicit substance abuse or alcohol abuse, or that the patient was receiving substance or alcohol abuse counseling services as an adjunct to HCV treatment (e appendix table 1). once ledipasvir/sofosbuvir entered the market in 2014, it was the drug of choice in this health plan over other daas unless proper clinical justification was provided.

The study population consisted of fully insured hphc members. we identified a continuous cohort of people who had at least 1 claim with an hcv diagnosis code (international classification of diseases, ninth revision [icd-9] code 070.44, chronic hepatitis c with hepatic coma; or 070.54.24 chronic hepatitis c without hepatic coma). comma)25 between January 1, 2012 and September 30, 2015 (end of the icd-9 coding era), and had evidence of pharmacy use (to ensure membership in a plan that included pharmacy coverage ). we then group people by calendar year according to their enrollment periods. Individuals were included in the calendar year totals if they had at least 1 day of enrollment in that year; therefore, individuals could contribute for several years during their enrollment. We reviewed medical and pharmacy claims from January 1, 2012 through December 31, 2015.

We first calculated the number of patients who received at least 1 dispensing of old and/or new HCV medications per calendar year and the total number of days dispensed for each medication. the old hcv drugs were boceprevir (victrelis), telaprevir (incivek), interferon and peginterferon, and ribavirin. New HCV drugs included in our analysis were interferon-free regimens: daclatasvir dihydrochloride (daklinza), ledipasvir/sofosbuvir (harvoni), simeprevir sodium (olysio), sofosbuvir (sovaldi), ombitasvir/paritaprevir/ritonavir (technivie), and ombitasvir /paritaprevir /ritonavir/dasabuvir sodium (viekira pak). Our analysis did not include elbasvir/grazoprevir (zepatier), sofosbuvir/velpatasvir (epclusa), sofosbuvir/velpatasvir/voxilaprevir (vosevi), and glecaprevir/pibrentasvir (mavyret) because they were approved by the fda after the end of our study period.

We evaluated the market share percentage (ie, pharmaceutical spending percentage) for HCV drugs overall and for individual products. Among the cohort of people diagnosed with HCV, we calculated total spending and health plan spending for medical and pharmaceutical services (HCV and non-HCV medications) per member, per month, and per year. OOP expenses included copays, coinsurance, and deductibles. We also calculated oop spending among users of old and new HCV medications.

See also : New to Private Practice and Insurance Credentialing – What do do?

demographic characteristics, derived from enrollment files, including age at first hcv diagnosis in the study period, gender, and type of health plan (medicare or commercial). Geographic measures of race/ethnicity, median household income, and education were derived from 2015 American Community Survey 5-year estimates (2011-2015)26 based on a person’s ZIP code. We classify members as residing in white, black, Hispanic, or other neighborhoods based on living in neighborhoods with 66% or more people of a given race/ethnicity. we classified members of areas that did not fall into one of the race/ethnicity categories as residing in mixed-race/ethnicity neighborhoods. We rank the median income of neighborhood households in our study cohort from lowest to highest income quartiles. we classify members as residing in areas of high, medium, or low education (i.e., <15%, 15%-24.9%, or >25% of residents in neighborhood areas with education levels below high school, respectively). clinical characteristics (advanced liver disease, mental illness, and physical illness other than liver disease; see Appendix Table 2 for codes) were derived from claims data using the same definitions based on diagnosis codes than in previous research.24,27

We use time-series graphs to show trends in market share of individual new HCV drugs and spending on health plan expenses and per member per month. spending was adjusted to 2015 US dollars using the consumer price index.28 We tested the trend in annual rates using time series regression with a significance level of p < .05. We used a before-and-after analysis to examine changes in spending per member diagnosed with HCV before (2012-2013) and after (2014-2015) the availability of new DAAS. In our generalized estimating equations model,29,30 we use marginal effects methods to calculate mean adjusted baseline and follow-up expenditure, as well as absolute and relative changes. our models adjusted for yearly changes in member-level covariates (age, gender, median family income, race/ethnicity [black/white], any advanced liver disease, hiv, any substance abuse, any mental illness, and any physical illness) and for duration of enrollment using compensation on the negative binomial distribution. Finally, we used univariate and multivariate logistic regression models to identify demographic and clinical predictors of receiving new HCV drugs. we fit a parsimonious multivariate model that includes variables that were statistically significant at p < 0.05 in univariate analyses, and we retain key demographic and clinical variables regardless of statistical significance (gender, income, education, race/ethnicity, any mental illness, any physical illness). All analyzes were performed using SAS version 9.3 (SAS Institute; Cary, North Carolina) and Stata 14 (Statacorp; College Station, Texas) software. The study was approved by the HPHC Institutional Review Board.

table 1 [part a and part b] describes the characteristics of the study cohorts, and figure 2 of the appendix presents a waterfall flow diagram for the cohort construction. A total of 3,091 HPHC members had at least 1 claim with a diagnosis of HCV between January 1, 2012 and September 30, 2015, and evidence of pharmacy use during the study. the mean age of the cohort was 52 years and 66% were men. Nearly a quarter of the cohort lived in neighborhoods with median incomes below $51,835, and 78% lived in predominantly white neighborhoods and 78% in higher education neighborhoods.

Between 2012 and 2015, 1,501 prior authorization requests for new HCV drugs were submitted to the health plan. a total of 690 (46%) were approved. lack of clinical support information or failure to meet fibrosis score criteria were the most common reasons for rejection. a total of 164 appeals were received; of these, 53 applications (32%) were subsequently approved.

Table 2 summarizes the frequent use of old and new HCV drugs by year and drug. The proportion of members treated for chronic HCV infection increased from 9% in 2012 to 20% in 2015. Overall, 32% of the cohort received HCV medications during the study. a total of 589 members received new hcv medications. Of these, 79% (n=465) of members had enough supply to complete 12 weeks of new DAA therapy (another 41 people had medication availability that exceeded their enrollment period, but we were unable to determine the length of treatment).

In this health plan, the older HCV medications were typically on a lower tier of the pharmacy formulary (with an average copay of $27 per 30-day supply), while the newer DAAs were on a lower tier of the pharmacy formulary. highest tier (with an average copay payment of $36 per 30-day dispensing). Some DAAs were “preferred” agents (eg, ledipasvir/sofosbuvir), therefore no coinsurance applied to these drugs, making these drugs more affordable than other specialty drugs. After the availability of new DAAS, the average annual HCV drug spending oop increased from $41 to $94 per member diagnosed with HCV in the study population, with approximately 32% of members receiving HCV drugs. in adjusted pre-post analyses, the absolute change was $53 (95% CI, $9-$97) per member per year and the relative change was 131% (95% CI, 15%-247%). spending on medical expenses did not change significantly after the availability of new daas. figure [b] illustrates trends in monthly out-of-pocket spending trajectories per member diagnosed with hcv. 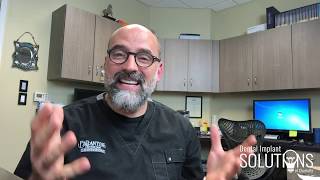 Will My Health Insurance Plan Cover This? – QuoteWizard 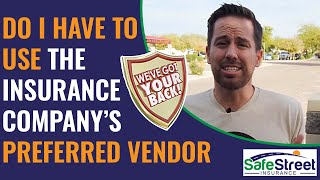 How to Become an Approved Contractor for Insurance – APOLLO Insurance